Hello all you wonderful people! For all you crafters out there, are you looking for something new and exciting to try? Do you love adding different herbs and ingredients to your bath and body products? Or maybe even trying different ingredients in your soaps? Well, have you ever used white willow bark before? This product is simply amazing, it has so many uses that you’ll be itching to try it as soon as you’re done reading this! White willow bark can be used for so many different industries and products such as hair care, skin care, medicinal uses, bath and body products, and you can even make a white willow bark tea!

There are so many different white willow bark uses. It can be used in many common bath and body products such as facial masks, bath teas and salts, lotions, ointments, creams, bath bombs, scrubs and even soaps. With using these products, there are many skin care and hair care benefits. For the hair, white willow bark helps to moisturize it and the scalp. It also is used to remove dandruff and excess oils. For your skin, the white willow bark will help brighten any dark areas of the skin and give it an even smooth complexion. It is also used to treat black heads, white heads, acne, and even oily or inflamed skin. When you use this product in some herbal concoctions, it is known to help relieve pain.

White willow bark has many medicinal benefits as well. The tea can be used as a foot soak to help with smelly, sweaty, or sore feet and the tea can also be used as a gargle to treat sore throats and tonsillitis. White willow bark contains a compound called salicin that is like aspirin. It is better on the stomach than aspirin and doesn’t irritate the lining. White willow bark also has many different properties like being antiseptic, anti-inflammatory, analgesic, astringent, and anti-pyretic. It can be used to treat arthritis, gout, diarrhea, gas, fever, headaches, heartburn, joint pains, colds, bursitis, the flu, osteoarthritis, and tendonitis. It also contains natural antioxidants and flavonoids that help to remove harmful chemicals from the body that could later cause cancers. It even can remove warts, stop vomiting and suppress sexual desire. Pregnant women are recommended not to use this product, however it does help to alleviate women’s pain caused from menstrual cramps. It also helps with hot flashes and night sweats brought on from menopause. White willow bark also speeds up any herbal supplements being used to help a person lose weight.

Are you wondering how to find this fantastic product as soon as possible? Well, on our website, just type “white willow” into the search bar. That will take you directly to our cut and sifted white willow bark. But don’t take my blog as medical advice please, always consult with your doctor before using anything in place of medical treatment! Did you know that the wood from the white willow tree is used to make bats for the game cricket? And the wood used to be an important ingredient in the manufacturing of gun powder? Enjoy this awesome product! And be sure to watch out for more Enlightened by Layla! Are you looking for even more fun things to try? Check out all of our awesome free classes and recipes!

White Sage was considered a Holy herb by the American Indians who used it for smudging ceremonies, for bathing, for deodorant, and for medicinal purposes.  Natures Garden sells our white sage for external applications only, but in the following article, we will discuss how this wonderful herb has been used throughout history.  Nothing in this article is to be construed as medical advice; consult your doctor before using any herbs for treatment purposes. We provide this data for educational purposes only.

White Sage (Salvia apiana) is an evergreen shrub that grows to 4-5 feet in height.  White sage grows well in climates that provide lots of sunlight, well-drained soil, mild winters, and little water.  Over-watering white sage can kill the plant. The leaves of white sage contain essential oils and resins that provide a wonderful aroma when rubbed together.  White sage’s scientific name is salvia apiana (apiana refers to the fact that bees are attracted to this plant); salvia means salvation.

The American Indians referred to white sage as the king of all sages, and frequently used this herb for medicinal and ceremonial purposes.  In fact, it is believed that the term “Holy Smoke” originated from the American Indians “smudging” white sage to rid people and places of unwanted evil spirits, and to protect themselves from those spirits.  In addition, they believe that the smoke of sage attaches itself to negative energy found within a person, and removes it from their body.

White sage is still used today for smudging purposes.  The smudging process involves lighting the tips of dried sage leaves, blowing them out, and allowing the smoke to escape into the air.  Smudging is typically done using a sage wand (smudge stick), but loose white sage leaves can be used instead.  Sage wands are sage leaves wrapped tightly together.  To burn a smudge stick, light the tip of a few leaves and blow it out.  You can either wave the stick in air or place stick in a fire-safe container that contains salt or sand. The salt or sand will allow the smudge stick to stand erect while burning. To extinguish the smudge stick, place smoking end of the stick into the salt or sand and smolder. The smoke created from burning sage produces a calming effect on those who inhale it.  (Always use caution when burning sage, as anything that is on fire can potentially catch other things on fire.  Also, keep anything that is burning away from children and pets).

In addition to smudging, white sage may be used for topical applications by preparing teas, poultices, and/or oil infusions.  White sage is used in these applications because it has anti-fungal, antibiotic, anti-inflammatory, calming, deodorizing, and healing properties.  White sage contains diterpenoids, which are compounds which have been shown to fight bacterial infections, and reduce allergy symptoms.  It also contains cineole, which acts as an anti-inflammatory/anti-bacterial agent.  Tannic acid content provides anti-fungal properties.  Sage is also used as an antipyretic; used as a sweat bath to reduce fever. White sage has a calming effect on the body and soul.  This is likely due to its miltirone content (a compound which performs similar to valium to reduce anxiety).  Finally, white sage contains phytoestrogens, which are compounds very similar to the female hormone estrogen.  Herbalists have used white sage to help treat the hot flashes that accompany menopause.

White sage can be infused into oils to make fabulous massage oils, ointments, body butters, salves, lip balms, ect.  To prepare a white sage oil infusion, crush 1 cup dried white sage into 16 oz. olive oil (or another light oil such as sweet almond oil or sunflower oil), warm it gently in a double boiler for about 1 hour covered, pour the solution (including the herbs) into a jar and lid.  Allow this to set for 4-6 weeks; strain and use.  Your oil infusion will have a shelf life of about 1 year.  This white sage oil infusion can be used to make soaps, lotions, massage oils, ointments, salves, deodorants, creams, lip balms, scrubs, and other body products.

Finally, it is reported that white sage can be used internally (in small amounts) in the form of a tea for an array of medicinal treatments. Never should sage essential oil be ingested.  Before ingesting any type of herbs, you should consult with your doctor first. Herbalists use white sage as a tea, for soothing sore throats, for relaxation, for hormonal imbalances, for diarrhea, for indigestion, for ulcers, and for treating congestion in the respiratory tract.  Since white sage is a natural deodorant, it can be used to make natural douches.

White sage contains a compound known as thujone. According to the U.S. Department of Health and Human Services, this compound increases your heart rate and causes mental confusion. It can also lead to vomiting, restlessness and kidney complications when used in excess. Hence, you should exercise caution when using white sage.

A study performed at the University of Arizona in 1991 demonstrated that Salvia apiana has potential antibacterial properties against Staphylococcus aureus, Bacillus subtilis, Klebsiella pneumoniae, and Candida brassicae.   It was also published in March 2005 in “Evidence-Based Complementary and Alternative Medicine” that scientists at the University of Southern California found white sage to contain eucalyptol, or cineole.  This compound is known to kill bacteria and can help clear a sinus infection.

Adding herbs to your soap not only provides great skin loving benefits, but also can naturally color your soaps as well.

If you are looking for a way to naturally color your cold process soaps, herbs may be your answer.  The addition of herbs to your soaping recipes not only can provide your skin with different skin loving benefits, but can also give your soaps beautiful color as well.

There are basically three ways to incorporate herbs into your soaping recipe they are:

1.  As is.  If the herb you are adding is in a powder or small leaf/seed form, they can be added when your soap batter has reached trace.
2. Herbs in tea form.  This is done by steeping the herbs in water to create a tea, and then this “tea” is used as the water portion of your soap recipe.
3.  Oil infusion.  If you are selecting to infuse your herbs this way, you must make your herb oil infusion several weeks before using it in a soaping recipe.  The selected herbs are placed into one of your oils (that will be used in your soap recipe) and allowed to set for 4-6 weeks.  Then, strain the herbs out and use the oil in your soap recipe.  Please Note:  This process can also be done by adding the herbs to the melting pot as you wait for your soaping oils to melt.

The choice of how you would like to infuse your herbs is up to you and testing.  It is important to keep in mind what the end goal of adding the herb is before choosing your herbal addition method.  The answers as to why some people prefer different methods over others various based on easiness, time frame, best color production, or even strongest herbal infusion.  However, if you are simply looking to add herbs to your soap recipe for natural color, the herbs are added to your soap batter at trace.

It is also important that you test for discoloration in a soap recipe before adding an herb for colorant.  Natures Garden has a list of every fragrance oil they carry and how it preformed in cold process soap.  It is on their website under each fragrance oil’s page in the Fragrance Tested area, or for a complete list click Fragrances Tested in CP Soap Results.  You want to be prepared when adding herbs to soaping recipes, so knowing a little about how the fragrance oil reacts will only prepare you more for what to expect, especially when it comes to colorants! 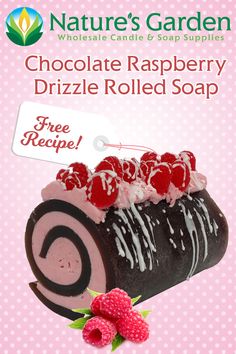 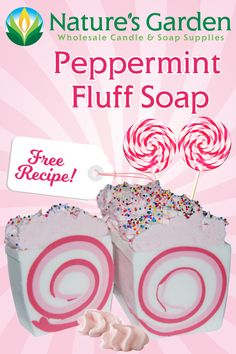 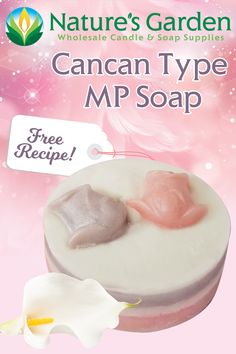 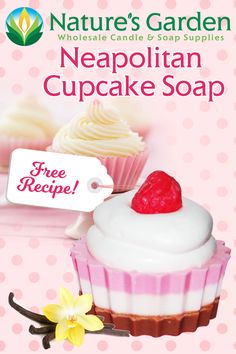 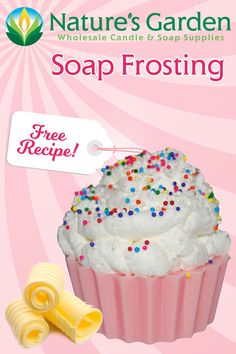